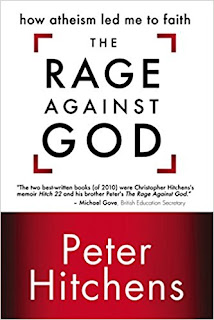 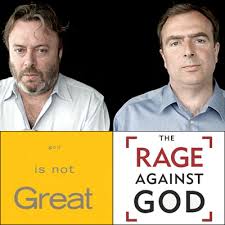 "Unlike Christian, atheists have a high opinion of their own virtue."

"While most struggled to survive, a secret elite enjoyed great privileges, special living spaces, special hospitals with Western drugs and equipment, special school in which their children were well taught in English, special waiting rooms in stations and airports, and special lanes (one ran down the middle of the street on which I lived) along which the Politburo's giant armored limousines roarer at 90 miles an hour, shouldering aside anyone who dared get in the way. The elite had privileged access o good food, foreign travel and books, and the groveling servility of the organs of the state, which oppressed the common people and extorted money from them. This society, promoted by its leaders as an egalitarian utopia, was in truth one of the most unequal societies on earth. Thanks to the power of hard currency, I lived on the edges of this elite more than two years. My apartment, officially a typical worker's quarters, was in reality unavailable to anyone bereft of power or influence. It possessed twelve-foot ceilings, oak parquet floors, uplifting views of the Moscow River on one side and the whole panorama of the city on the other. Its staircase did not stink of urine and cabbage, as those of normal blocks did. My neighbors include the Brezhnev family and several senior KGB officials. It exuded power."

" In 1990, there were 6.46 million abortions in the USSR and 4.85 million live births. Birth itself was an authoritarian ordeal, with the newborns snatched away from their mothers by scowling nurses in tall chefs' hats, tightly wrapped like loaves, and denied breast or bottle until the set time came around.  You could spot a maternity hospital by the strings hanging from the windows, bearing pathetic messages of love or need from wives to husbands. Those husbands were forbidden for days to visit their wives or babies and instead lurked, smoking gummy, on the weedy grass beneath the windows, waiting for a chance to catch sight of them. Once the baby was home, married life quickly included the state as third parent, since salaries were carefully set so that it took two wages to pay for the basic of life. It was virtually unknown for any mother to stay at home to look after her children, who were placed very early in slovenly nurses where they rarely died of the neglect they received, but were even more rarely given anything resembling a Western mother's loving attention."

"I came to the conclusion and nothing since shifted it that enormous and intrusive totalitarian state power, especially combined with militant egalitarianism, is an enemy of civility, of consideration, and even of enlightened self-interest. I also concluded that a high moral standard cannot be reached or maintained unless it is generally accepted and understood by an overwhelming number of people. I have since concluded that a hitherto Christian society that was de-Christianized would also face such problems, because I have seen public discourtesy and incivility spreading rapidly in my own country as Christianity is forgotten. The acceleration decline of civility in Britain, which struck me very hard when I returned there in 1995 after nearly five years in Russia and the USA, nas several causes. The rapid vanishing of Christianity from public consciousness and life, as the lat fully Christian generation ages and disappear, seems to me to be a major part of it. I do not think I would have been half so shocked by the squalor and redness of 1990 Moscow if I had not come from a  country where Christian forbearance was still well established. If I had then been able to see the London of 201, I would have been equally shocked."

"Atheists are most often supporters of the political left."

- "The concept of sin, of conscience, of eternal life, and of divine justice under an unalterable law are the ultimate defense against the utopian's belief that ends justify means and that morality is relative. These concepts are safeguards against the worship of human power."

- Soviet Communism is originally linked to atheism, materialist rationalism, and most of the other causes the New Atheists support. It uses the same language, treasured the same hopes, and appealed to the same constituency as atheism does today."

"Utopianism is dangerous precisely because its supporters are so convinced that they are themselves good."

"Clearly, the Hitler Youth and the general propaganda of National Socialism were increasingly rivals to family and church meetings of Nazi youth deliberately timed to clash with church services and festivals, messages of sexual promiscuity and rebellion against parental authority contrary to Christian teaching. In this, the youth movements of Nazi Germany and Communist Russia were struttingly similar. Any ideological or revolutionary state must alienate the young from their pre-Revolutionary parents if it hopes to survive into future generations."

"It is striking that in his dismissal of a need for absolute theistic morality, my brother Christopher states that "the order to 'love thy neighbor as thyself is to extreme and too strenuous to be obeyed."

"While it is perfectly possible for convinced atheists to do absolutely good deeds at great cost to themselves, not least because God so very much wished them to do it, it is rather more likely that believing Christians will do such things. And when it comes to the millions of small and tedious good deeds that are needed for a society to function with charity, honest, and kindness, a shortage of believing Christians will lead to that society's decay."

"More important still, Atheists states have a consistent tendency to commit mass murders in the name of the greater good."

"Stalin and Kim made human idols of themselves because they believed as utopian idealist always do, in the ultimate goodness of themselves and the unchallenged rightness of their decisions. There was no higher power, and so there could be no higher law. If people disagreed with them, it was because those people were some way defective, insane, malignant, or mercenary. The rulers could not tolerate actual religion because they could not tolerate any rival authority or any rival source or judge of goodness, rectitude, and justice."

"Kun's mercifully brief government, is credibly said once to have a advised a compared (IIona Duczynska): "Communist ethics make it the highest duty to accept the necessity of acting wickedly. This is the greatest sacrifice the revolution asks from us. The conviction of the true Communist is that evil transforms itself into good through the dialectics of historical evolution."

"Trotsky also rightly pointed out that Christians often manipulated their own precepts to suit themselves. But, in the way of Marxists, he could not see that this was a criticism of their humanity, not of their Christianity."

"Without God, many more actions are possible than are permitted in a Godly order. Atheism is a license for ruthlessness, and it appeals to the ruthless."

"It is not widely recognized that secularism is a fundamentally political movement, which seeks to remove raining Christian restraints on power and the remaining traces of Christian moral law in the civil and criminal codes of the Western nations. It campaigns with increasingly energy against the existence of specifically Christian state schools, not least because such schools are usually superior to the secular equivalents. It employs the cause of "equality" among sexual orientations to accomplish this, allocating the privileges of heterosexual marriage to homosexual civil partnership (and by implication, unmarried heterosexual couples) and so making them crease to be privileges. It makes it impossible for Christian churches to operate adoption societies, despite their effectiveness in this task, because it is no longer lawful for them to "discriminate" against homosexual couples who wish to adopt." He continues, "all the things have taken place in Great Britain in recent years."

"The biggest fake miracle staged in human history is the claim that Soviet Russia was a new civilization of equality, peace, love truth, science and progress. Everyone now know that it was a prison, a slum, a return to primitive barbarism, a kingdom of lies where scientists and doctors feared offending the secret police, and that its elite were corrupt and lived in secret luxury. I saw this myself firsthand when I lived there. Yet it was the clever people, those who prided themselves on being unencumbered with superstition, those who viewed religion as a feature of the childhood of humanity, who fell for this swindle in the tens of thousands. The more educated and enlightened they were (by their own judgement, anyway), the more likely they were to be fooled."

"One correspondent of the New York Times, Walter Duranty, denied the existence of the great Ukrainian famine of 1932-33 even though he knew, directly and personally that it was taking place."

"Lenin he steadfastly insisted that the universe known to mankind was the sphere of science; and that this steadily advancing knowledge, the result of human experience of the universe, was the only useful instrument and the only valid guide of human action... When the Bolsheviks came into power in 1917, they made this defiant and dogmatic atheism the basis of their action."

"(on January 4, 1922, which utterly banned the teaching of religion to children, even singly, in churches, church buildings, or private homes."

"Theological instruction for individuals over eighteen years of age who are able to discuss religious questions intelligibly can be authorized in special establishment opened by permission of the Soviet authorities... Collective teachings and isolated relations with young people under the age of eighteen, no matter where carried on, will be prosecuted with all the rigor of revolutionary law. Such rigor could include the death penalty."

"Children, rather nauseatingly described as "our only privileged class," were encouraged to place more trust in the state than in their families, not least by the odious cult of Pavlik Morozov, a peasant child said to have been killed by his grandfather after he denounced his own parents to the NKVD (secret police) for holding grain."

"If God is not dethroned and his laws not revoked, he represents an important rival to the despots authority, living in millions of hearts, total control by the state is impossible This may seem trivial to us in our secularized society still benefiting from the freedoms that flowed from centuries of Christianity. We have forgotten how we arrived at our civilized state. Religion has retreated to far fringes of daily life, and death, its great ally, is hidden behind screens. But it was certainly not so for the Russian revolutionaries or Western European Marxists, who recognized early on that there would be no equivalent of the Bolshevik takeover in Germany, France, Italy, or Britain, because the peoples of the European continent, well-informed about revolution, were too much in love with Christianity, liberty and legality to believe in any utopia."